A group of scholars claim that Sidr is an effective cure of magic, Allah Willing.
Take seven leaves of a green Sidr, grind them with two rocks, add water to it, read the verse of Al-Kursi and Al-Qawakil, take three sips, then wash up with the rest. This will remove all of his afflictions, and is a cure for men who have sexual disorders (Fath Al-Bari -10/233).

Al-Qawakil are the Suras that starts with Qul, ‘Say’, in the Quran; they are

His Honor, Sheikhh Abdulaziz bin Abdullah bin Baz, (May Allah have Mercy on Him) said that the cure of magic after its affliction is beneficial, Allah Willing.

A man who can not have sexual intercourse with his wife is advised to take seven green leaves of Sidr, grind it, put it in a water container enough for washing up. He should read the verse of

He should also read the verses of magic as stated in Ruqya Shariya.

After reading the above verses, one need to take three sips from it, then wash up with the rest. This will remove the affliction, Allah Willing; if necessary, it could be repeated twice or more until one is cured (Majmu Fatawi Sheikhh Abdulaziz bin Abdullah bin Baz).

It is worth mentioning that using the water of Sidr leaves in the stated manner has a great effect, and lots of therapists are aware of this fact. However, its benefit is not only confined to men who can not have intercourse with his wives, but also includes those afflicted with epilepsy, evil eye and magic in general (used for washing only).

Surah Al-Aaraf (The Heights) where Allah says:” We put it into Moses’ mind by inspiration: ”Throw (now) thy rod”: and behold! It swallows up straightway all the falsehoods which they fake! * Thus truth was confirmed and all that they did was made of no effect * So the (great ones) were vanquished there and then, and were made to look small”. The verses in Surah Unis where Allah says:” Said Pharaoh:” Bring me every sorcerer well versed.” * When the sorcerers came, Moses said to them” Throw ye what ye (wish) to throw!” * When they had had their throw, Moses said:” What ye have brought is sorcery: Allah will surely make it of no effect: for Allah prospereth not the work of those who make mischief. * ”And Allah by His Words doth prove and establish His Truth, however much the Sinners may hate it!”. And the verses in Surah Taha, in which Allah say: ”They said:” O Moses! Whether that thou throw (first) or that we be the first to throw?” * He said:” Nay, throw ye first!’ Then behold their ropes and their rods- so it seems to him on account of their magic- began to be in lively motion! *So Moses conceived in his mind a (sort of) fear. * We said:” Fear not! for thou hast indeed the upper hand: * Throw that which is in thy right hand: quickly will it swallow up that which they have faked. What they have faked is but a magician’s trick: and the magician thrives not, (no matter) where he goes.”
After reading the above verses, one need to take three sips from it, then wash up with the rest. This will remove the affliction, Allah Willing; if necessary, it could be repeated twice or more until one is cured (Majmu Fatawi Sheikhh Abdulaziz bin Abdullah bin Baz).
Sheikhh Abdullah bin Abdelrahman Al-Jibrin stated ” I used Ruqya on relatives and friends who were not able to have intercourse with their wives following what Ibn Kathir said. I used Sidr leaves and recited the verses he mentioned and they were cured, Allah Willing.” 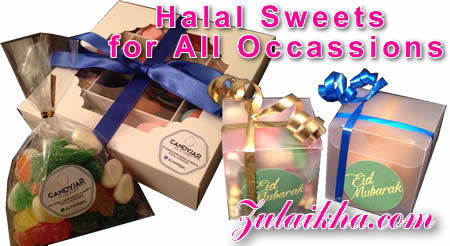